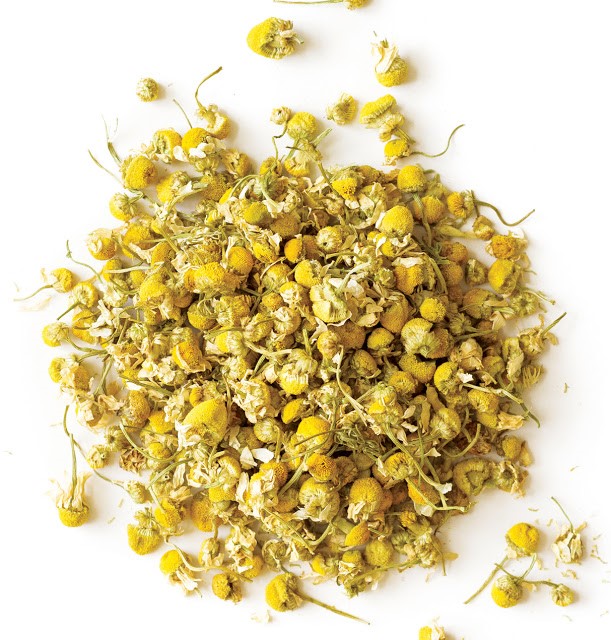 Chamomile Benefits: Dried chamomile flower is an age-old medicinal drug known in ancient Egypt, Greece and Rome. Chamomile’s popularity grew throughout the Middle Ages, when people turned to it as a remedy for numerous medical complaints including asthma, colic, fevers, inflammations, nausea, nervous complaints, children’s ailments, skin diseases and cancer. As a popular remedy, it may be thought of as the European counterpart of ginseng. Recent and on-going research has identified chamomile’s specific anti-inflammatory, anti-bacterial, anti-allergenic and sedative properties, validating its long-held reputation. This attention appears to have increased the popularity of the herb and nowadays Chamomile is included as a drug in the pharmacopoeia of 26 countries. Chamomile has been used for centuries in teas as a mild, relaxing sleep aid, treatment for fevers, colds, stomach ailments, and as an anti-inflammatory, to name only a few therapeutic uses. Extensive scientific research over the past 20 years has confirmed many of the traditional uses for the plant and established pharmacological mechanisms for the plant’s therapeutic activity, including antipeptic, antispasmodic, antipyretic, antibacterial, antifungal, and antiallergenic activity. In addition to medicinal use, chamomile enjoys wide usage, especially in Europe and the U.S., as a refreshing beverage tea and as an ingredient in numerous cosmetic and external preparations. Rob McCaleb, President of the Herb Research Foundation in Boulder, Colorado estimates that over one million cups of Chamomile tea are ingested worldwide each day, making it probably the most widely consumed herb tea. Although best known as a muscle relaxant and antispasmodic, chamomile is also believed to have antiseptic and anti-inflammatory capabilities. The plant’s healing properties come from its daisylike flowers, which contain volatile oils (including bisabolol, bisabolol oxides A and B, and matricin) as well as flavonoids (particularly a compound called apinegin) and other therapeutic substances. Chamomile may be used internally or externally. As a popular remedy, it may be thought of as the European counterpart of ginseng. Specifically, chamomile may: · – As a tea, be used for lumbago, rheumatic problems and rashes. · – As a salve, be used for haemorrhoids and wounds. · – As a vapor, be used to alleviate cold symptoms or asthma. · – Relieve restlessness, teething problems, and colic in children. · – Relieve allergies, much as an antihistamine would. · – Aid in digestion when taken as a tea after meals. · -Relieve morning sickness during pregnancy. · -speed healing of skin ulcers, wounds, or burns. · -treat gastritis and ulcerative colitis. · -reduce inflammation and facilitate bowel movement without acting directly as a purgative. · -be used as a wash or compress for skin problems and inflammations, including inflammations of mucous tissue. · -promote general relaxation and relieve stress. Animal studies show that chamomile contains substances that act on the same parts of the brain and nervous system as -anti-anxiety drugs. Never stop taking prescription medications, however, without consulting your doctor. · -control insomnia. Chamomile’s mildly sedating and muscle-relaxing effects may help those who suffer from insomnia to fall asleep more easily. · -Treat diverticular disease, irritable bowel problems and various gastrointestinal complaints. Chamomile’s reported anti-inflammatory and antispasmodic actions relax the smooth muscles lining the stomach and intestine. The herb may therefore help to relieve nausea, heartburn, and stress-related flatulence. It may also be useful in the treatment of diverticular disorders and inflammatory bowel conditions such as Crohn’s disease. · -soothe skin rashes (including eczema), minor burns and sunburn. Used as a lotion or added in oil form to a cool bath, chamomile may ease the itching of eczema and other rashes and reduces skin inflammation. It may also speed healing and prevent bacterial infection. · -treat eye inflammation and infection. Cooled chamomile tea can be used in a compress to help soothe tired, irritated eyes and it may even help treat conjunctivitis. · -heal mouth sores and prevent gum disease. A chamomile mouthwash may help soothe mouth inflammations and keep gums healthy. · -reduce menstrual cramps. Chamomile’s believed ability to relax the smooth muscles of the uterus helps ease the discomfort of menstrual cramping.